Kathmandu : Narayan Neupane Five political parties are set to participate in a by-election to the National Assembly members lying vacant in the Bagmati Province.

The NWPP has the electoral symbol of ‘Madal’. The Election Commission has decided to publish in the Nepal Gazette a calendar of by-election to be held on 20 May 2021 for the vacant National Assembly members of the Bagmati Province as per the Clause 48 (930) of the Political Party Act, 2073 BS.

It has also decided to determine the election symbol for the political parties which are registered for contesting in the election. Total voters determined for the by-election are 348 which includes 110 province assembly members and 238 chairpersons and vice-chairpersons of the rural municipalities and mayors and deputy mayors of the municipalities.

According to the commission, the approved voters’ list would be published in the Office of Election Office in Hetauda at 11.00 am on 4 May 2021. Likewise, those missing in the voters’ list can submit their applications for the inclusion of their names from 11.00 am to 5.00 pm on the same day. The name list prepared for the by-election has been posted in the election commission website. 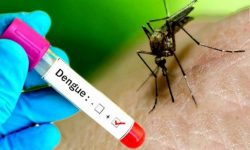