Kathmandu : The number of foreign tourists’ arrival has begun rising since the lifting of the lockdown (last July) in the country. According to the Department of Immigration, March month has recorded the highest influx of tourists since last July.

Over 14,977 foreign tourists from 138 countries arrived Nepal via the only international airport in the country-Tribhuvan International Airport (TIA) in Kathmandu. Among them, 11,102 were male and 3,963 were female and 12 from others category, the Department said. 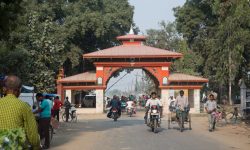 Border checkpoints to be closed from today